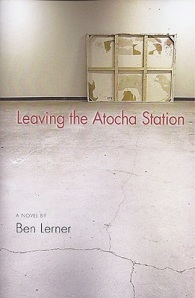 In the grand scheme of my life, there are only a few things I feel like I’ve truly wasted, (excluding week-old leftover pizza, or that time I waited three months to get my faucet leak fixed.) I am, generally speaking, pretty good at not squandering professional opportunities, flaking on entire friendships, or letting any chance at free food and alcohol pass me by. But as wasted ambitions go, I have long since admitted to myself a certain dropping of the ball when it comes to one thing: my wholly underutilized Spanish major.

Whenever I tell people I majored in Spanish (alongside the more appropriately chosen journalism), they mostly want to know two things: a) Did I study abroad? and b) Am I still fluent?

The answer to a) is no—I was perhaps the only Spanish major in my year to not go overseas, for reasons I could outline as pragmatic but really boiled down to anxiety about traveling, not wanting to lose my internship, and preferring to stay in New York and drink with my friends. (I was 19; cut me some slack.)

But the answer to b) is a little more complex. It’s true that at one time I had a shockingly strong grasp of Spanish, and could raise my hand and rattle off impromptu answers to complicated questions without having to stop and translate my thoughts from English. I could write in the language almost flawlessly, and excluding some difficulty with speed—native speakers talk about a thousand miles a minute—was pretty adept at understanding it as well, a skill I used primarily to watch telenovelas and eavesdrop on people’s conversations.

These days? I still remember a lot, but my ability to speak fluently has been reduced to about three tenses. The 20-page papers with which I secured my Spanish professors’ approval are now full of vocabulary I’ve long since forgotten, and other than the occasional soap opera—where any gap in understanding is made up for by long pauses and overtly dramatic facial expressions—my ability to understand spoken Spanish has all but disappeared.

It is perhaps by virtue of this wasted skill that I found myself appreciating Leaving the Atocha Station, the debut novel from 33-year-old Ben Lerner. Adam, Lerner’s protagonist (whose background bears a striking resemblance to the author’s), is studying in Spain as part of a fellowship, in which he is theoretically writing an elaborate poem about the effects of the Spanish Civil War, but is in fact spending most of his time drinking, meandering, and getting lost in his own self-indulgent thoughts. Adam pegs himself as something of a fraud: a Spanish student who doesn’t speak Spanish, a poet who can’t write poetry, and a great thinker perpetually fearful that his great thoughts are little more than nonsense.

Leaving the Atocha Station is, in this sense, a hipsterish kind of book—Adam is the portrait of self-involved wish-washery, and seems satisfied to squander his Spain experience, so long as he remains somewhat aware that he’s doing it. For this reason, he’s a hard protagonist to like.

But for all his faults, or I suppose because of them, Adam is also a believable main character. I found his overwrought introspection pretty on point and, in particular, loved his frequent rundowns of Spanish conversations with native speakers:

“She described the death of her father when she was a little girl, or how the death of her father turns her back into a little girl whenever she thinks of it; he had been young when he died but seemed old to her now, or he had been old when he died but in her memories grew younger. She began to quote the cliches people had offered her about what time would do, how he was in a better place, or maybe she was just offering these cliches to me without irony; then she began to talk about how Arturo had taken it, so I guessed he was her brother, about describing heaven to Arturo, how daddy was in heaven, so I guessed that he was younger. The father had been either a famous painter or collector of paintings and she had either become a painter to impress him or quit painting because she couldn’t deal with the pressure of his example or because he was such an asshole, although here I was basically guessing: all I knew was painting was mentioned with some bitterness or regret.”

Equally on point were Adam’s many frustrations over not having “profound” experiences when he feels that he should: in looking at art, meeting new people, going to new places, or witnessing historic events. On the one hand, this inability to appreciate things is part of what makes his character so aggravating. On the other, I too have looked at a masterpiece and wondered what all the fuss was about, or been in the vicinity of an important event and gone home to read about it online instead.

At the end of the day, there are a great many people on Earth whose interaction with the world is limited, not by choice but by circumstance. Those of us that are fortunate—fortunate enough to travel, to receive an education, or to live in the presence of those more worldly and learned than ourselves—are in a sense obligated to take advantage of these gifts. But paradoxically, our ability to access such luxury makes it harder to appreciate. Adam’s lack of respect for his experience is objectively disappointing, but I too squandered a first-rate grasp of a second language in favor of watching reality shows and reading Twilight. That bastardization of priorities isn’t a hipster thing, but a youth thing, and an American thing; perhaps even a human thing.

Of course, there’s something amazingly meta about writing a book that exposes this behavior while simultaneously indulging in it—who but the moderately privileged would have the time or insight to create such a character as Adam in the first place? I suppose that’s the ultimate irony of Leaving the Atocha Station: Through it, Lerner creates something simultaneously critical and understanding, funny and depressing, brutally honest and totally full of shit.

One thought on “A Profound Experience of Art”